During the outbreak of the Covid-19 epidemic, one of the most anticipated and developed applications on both the Appstore and Google Play was Tik Tok. It is a music video platform and social network first launched in 2017 in China.

This application is entirely free and has many attractive features; it creates a lot of excitement for players. However, some countries ban their people from using this application. So they need to find some alternative apps for Tiktok. Here is a selection of apps like TikTok that you can use. Let’s explore together! 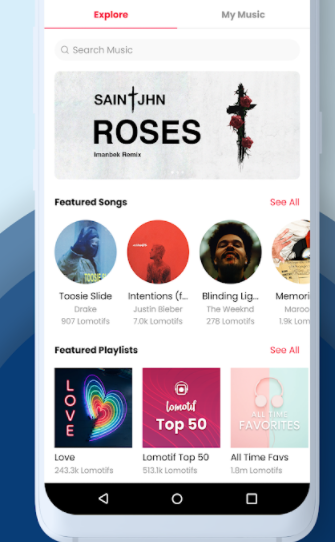 Compatibility: Initially, the app only supported iOS, but later, there was also an Android version.

Lomotif has the same function as Tiktok with the ability to edit videos with cutting tools, slow motion, effects, background music, and filters are also highly diverse with images. Stickers and emojis are highly eye-catching to users.

In addition to the exciting content created by you, you may get more followers through the app’s quality color photo filters.

Besides, another difference in Lomotif is creating videos on special days like New Year or your birthday. 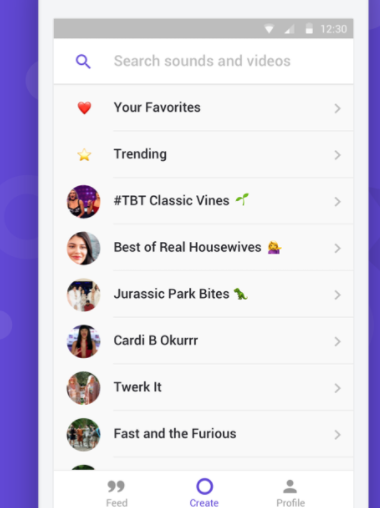 Dubsmash is one of the most famous music video apps with over a hundred million installs on both Appstore and Play Store.

One of the app’s outstanding features is the ability to copy the original of a song, a TV movie or an interview, etc. Overall, you will experience a variety of different sounds together.

Also, to add more appeal to your music video, you can add pre-made stickers and text overlays on the app. In addition, Dubsmash is an add-on application that displays a story style split into two news feeds, so you can both follow the channel you like and update the status from your friends.

If you are watching an excellent video and you want to share it with your friends, you can ultimately share that video on another social network. 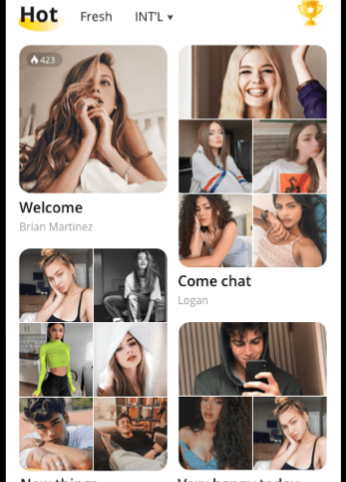 Next, one of the applications similar to Tik Tok must be mentioned is Cheez.

First of all, one of the good things about this app is that you get rewarded when you produce a quality video and get a lot of likes.

For a quality video, the app has built-in interlacing tools and the ability to control errors that you encounter while recording or making your music.

In addition, one of the indispensable parts of each music pairing app is the built-in filters and stickers.

In addition, you can join the game right on the app by posting topics and experiencing challenges to enjoy your creativity. Overall, Cheez is a great app that you should have on your phone.

Unlike the previously mentioned applications, Funimate is free to use, but you need to make an in-app purchase if you need more upgraded versions or images.

However, basically, the free version has a significant amount of sound and vision so that you can use it comfortably.

You can edit the video at the app by adjusting the speed fast and slow with famous sound effects or various stickers. Indeed, you will have an excellent video if you have good content preparation and a good sound combination.

In addition, the application has a video collaboration feature with friends so that you can make it with your friends.

You like famous singers, and you want to transform into them? Simply put, Video Star will help you do this through its built-in library of countless popular songs. You can voice your voice through these songs very smoothly.

And yet, you want your versions to be unique, and you can choose rewind or slow-motion mode. Make sure the built-in effects in the app will not disappoint you. Sometimes the novelty from your video will become a trend, and you must be very excited about this too.

One of the applications that attract a large number of users, even famous stars who also use it for video editing, is Triller.

With just a few taps of recording or capturing your moment, the app will automatically edit it into a video and re-edit it for you.

Triller also provides users with the ability to perfectly cut videos and integrate up to 50 beautiful color filters. So you will be creative without worrying about feeling bored during your video editing process.

However, in reality, Triller is more of an editing app than a social networking app. However, you can ultimately share the videos you create on other social platforms.

Overall, Triller is a pretty perfect choice for the community of passionate video editors and creators.

Finally, one of the apps that have received a lot of love from the community is Likee. Likee is an application that contains a vast and varied amount of dialogue material and utterly free music-changing effects.

Besides, the ability to change the speed of the scene is exceptionally flexible, and you can slow down or fast motion according to your preferences.

Especially Likee also has a lot of free filters and stickers that you can choose from during your video making. However, if you are a new player and want to go live on this app, this will be difficult.

However, a remarkable feature of Likee is that it creates a large community where you can collaborate with people who share a common interest and create exciting content. Besides, similar to Tiktok, Likee allows users to share their videos on other social platforms.

Hopefully, you can choose a suitable application that we mentioned just before.

The apps like Tiktok that the post mentioned above are exciting, and you should experience it to select the one that works best for you.

If you have any questions or concerns, leave a comment, and we will get back to you as soon as possible. Thank you for your interest in the article!