Snapchat is one of the leading self-vanishing images platforms on the mobile app market. The app’s extraordinary popularity is, in part, because it has changed the way humans communicate.

Since Snapchat has become a vast hit, many inventors came up with packing a similar configuration and concept in their apps.

If you sometimes find Snapchat doesn’t work for you or whatever reason you don’t like it, you might want to look for other apps like Snapchat with the same features as alternatives to your regular daily app.

The eight suggestions below are the most popular Snapchat-like applications. While some come with traditional messaging features, others concentrate on offering unique and fun face filters.

Here are the most relevant and popular instant messaging platforms similar to the familiar Snapchat. 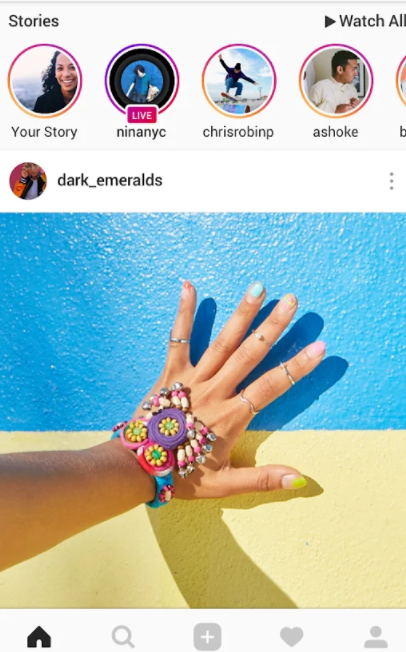 Instagram is a famous application for sharing videos and photos, hence a fairly stand-out alternative to Snapchat.

This app features plentiful built-in and online filters, live functions, and store – the same as Snapchat.

The difference is that Instagram is compatible with all desktop and mobile platforms. It covers iOS, Android, tablets, macOS, desktops, and Windows Phone. Yet, the app doesn’t include self-destructing snaps and messages like Snapchat.

Instagram can help you save every moment in your life and trips – what Snapchat might lose one score. Also, it features audio messages and video calls to keep you in touch with all acquaintances.

Besides, this application is the top social platform for local and e-commerce businesses. You’ll find everything necessary for promoting companies and personal brands as well. Do you want a Snapchat-like app that values privacy? Consider installing Wickr Me. Concerning popularity, Wickr Me might be in a disadvantageous position compared to Messenger, Snapchat, or WhatsApp. But it wins many users’ hearts regarding security features.

The app doesn’t require you to provide your email address or phone number to use it, so you don’t have to worry about personal info leaking as your contacts are not on any servers.

Wickr Me enables users to receive and send encrypted messages, videos, and photos. Also, you can personalize your videos and photos with stickers, graffiti, and filters, though the options aren’t as plentiful as Snapchat. 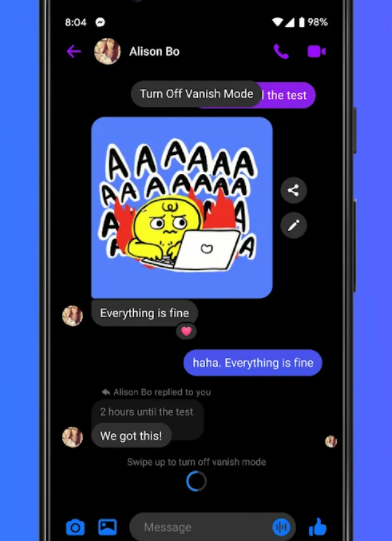 Facebook has paid special attention to the Snapchat app since its arrival. One of the social media giants knows that Snapchat is a highly competitive player who found a brilliant way to appeal to users and engage with them.

Indeed, Facebook once offered to purchase Snapchat, but the latter declined. After that, Facebook continued adding features similar to Snapchat in their apps, including Messenger and Instagram.

Face filters, 3D masks, and other special effects are central selling points of Messenger to captivate users, and these features get better over time. 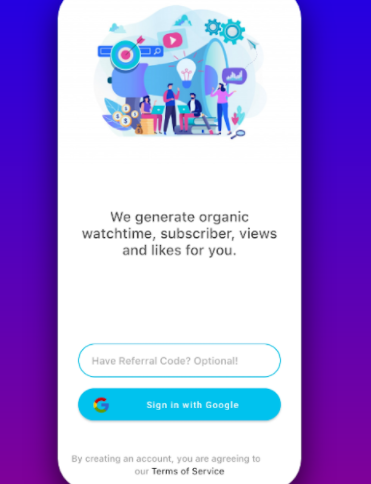 One of the things distinguishing Yovo from the market is that it can overcome a significant shortcoming of Snapchat.

While media or pic files you send on Snapchat disappear after a moment, the receiver can always capture them and save screenshots in her archives. Therefore, you can’t ensure safety when sending confidential or personal files that leave no clue behind.

Yovo gets rid of this insecurity. Although it doesn’t completely forbid users from capturing screenshots, it generates a static blurring wave on the receiver’s screen that distorts everything there. This way, screenshots are useless. 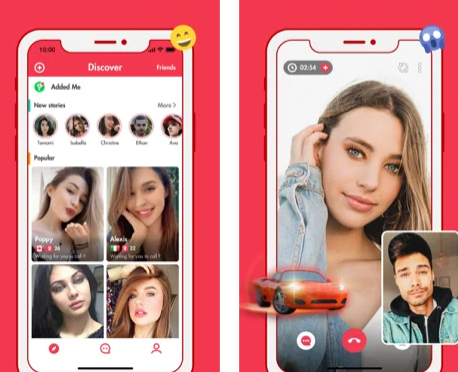 Clipchat allows sending self-vanishing photos and provides a light, user-friendly interface – just like Snapchat. This app’s interface is exquisite and simpler to touch than Snapchat and other apps with funky interfaces.

The critical difference is that the default on Clipchat is video-sharing, whereas Snapchat is set to photo-sharing.

Also, Clipchat offers exceedingly high security. It will let you know if your friends have attempted to save screenshots of your images or files that you sent them. 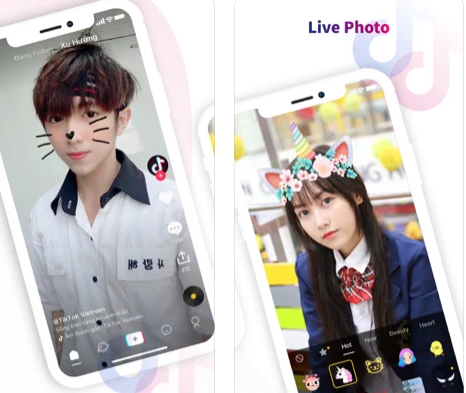 Like Snapchat, Tik Tok comes with loads of video effects and filters and an extensive library of sounds and songs to add fun to the videos.

There is no self-destructing message, file, video call, and chat. Instead, we have tons of likes, comments, and followers.

The final Snapchat-like app to consider using is Marco Polo – a video messaging and video chat service. Notably, it works much like Snapchat regarding the term of video.

The beauty is that users can send video calls for instant contact or video messages or voice chats for later viewing. However, this app will keep those messages for later replaying – a difference from Snapchat.

Once users provide their mobile numbers, they can create multiple groups for friends, family, or colleagues.

The camera app, Snow, is a perfect app for those into AR makeup filters and features. More than 200 million people all over the globe are using it, thanks to the user-friendly yet powerful features.

Snow makes thousands of filters and stickers accessible to you, and the truly special thing is the ability to sort out your best shot via makeup effects and AR-driven beauty.

Snapchat’s explosion and popularity have inspired the arrival of thousands of messaging and face filter applications.

Indeed, though most Snapchat-like apps started from copying its concept and integrations, none of them have become a 100% Snapchat alternative.

Get to know more apps like Snapchat, so you can sometimes change to a new interface or features. Interesting, right?